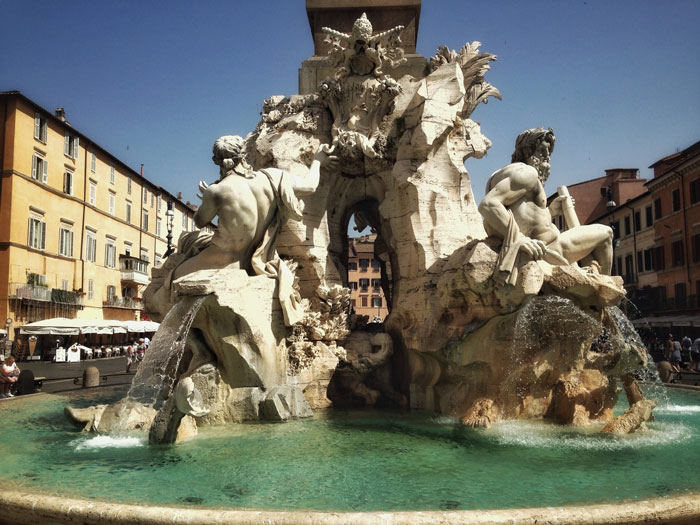 Plan an exclusive visit to the magnificent Piazza Navona, its baroque fountains and the ancient ruins of Piazza Navona’s underground Stadium, a UNESCO World Heritage Site.

Originally built as a stadium in the first century for athletic contests and chariot races, Piazza Navona is the home to three lavish fountains. From 1650 to the late 19th century, the square was sometimes flooded in summer and used for aquatic games and staged naval battles.

The extant ruins of the Domiziano Stadium, commissioned around CE 80 by Emperor Domitianus, are located about 4.5m under Piazza Navona,  It has been calculated that this arena could host until 30.000 people. The archaeological site is all that remains of the first and only example of a masonry stadium known in Rome, as of now…The name comes from the Greek world stadion, the distance along which the race took place, this race being most important competition in the athletic games.

• a visit to the underground levels of Piazza Navona